The virtual reconstruction of the exhibition 1922-2022

These pages show the 'how to' compose your own exhibition by showing the reconstruction of the 1922 event.
The project is real and will, during the coming period, be developed and change accordingly.
Because of the growing content due to the timeline 1922-2022 and onwards, this example will be dynamic and become the Canon of the Scenography thanks to the input of our international members and partners.

With this public process the Dynamic Archive aims to help our creative members with the 'how to make your own exhibition' and show the general public the building of the Canon of Scenography.

Introduction
This year it is one hundred years ago that the International Theatre Exhibition was opened on the upper floor of the Stedelijk Museum in Amsterdam. That exhibition presented the then state-of-the-art in scenography and theatre architecture. A large number of avant-garde artists who have become world famous and have acquired a definitive place in art and theatre history exhibited their work here. The exhibition was seen as revolutionary and gained worldwide recognition. A few months later, the exhibition was shown at the Victoria and Albert Museum in London, where it could also count on an enthusiastic reception.

This project aims to create a virtual reconstruction of the International Theatre Exhibition of 1922 accompanied by a reflection on the design for theatre today and the future of scenography.

We start with the Floorplan

Meet the EXHIBITORS of the 1922 exhibition

Inventorying and digitizing the objects from the 1922 exhibition

IMAGE: scan of the original catalogue and csv

Research to find the originals

Finding the original objects from the catalogue of the exhibition participants

Students of the UVA 'Theater Science' will do the research in order to find the objects that are stored in different archives and collections world wide.
Additional information, description, provenance and all metadata plus curator comments will be added to the key data of each object.

When found and scanned into -2D or 3D- they will be placed in the virtual exhibition.
The general public can follow the preparing and reconstruction of the exhibition.

the exhibition routing and layout

The eight exposition halls sorted by Designers and Country 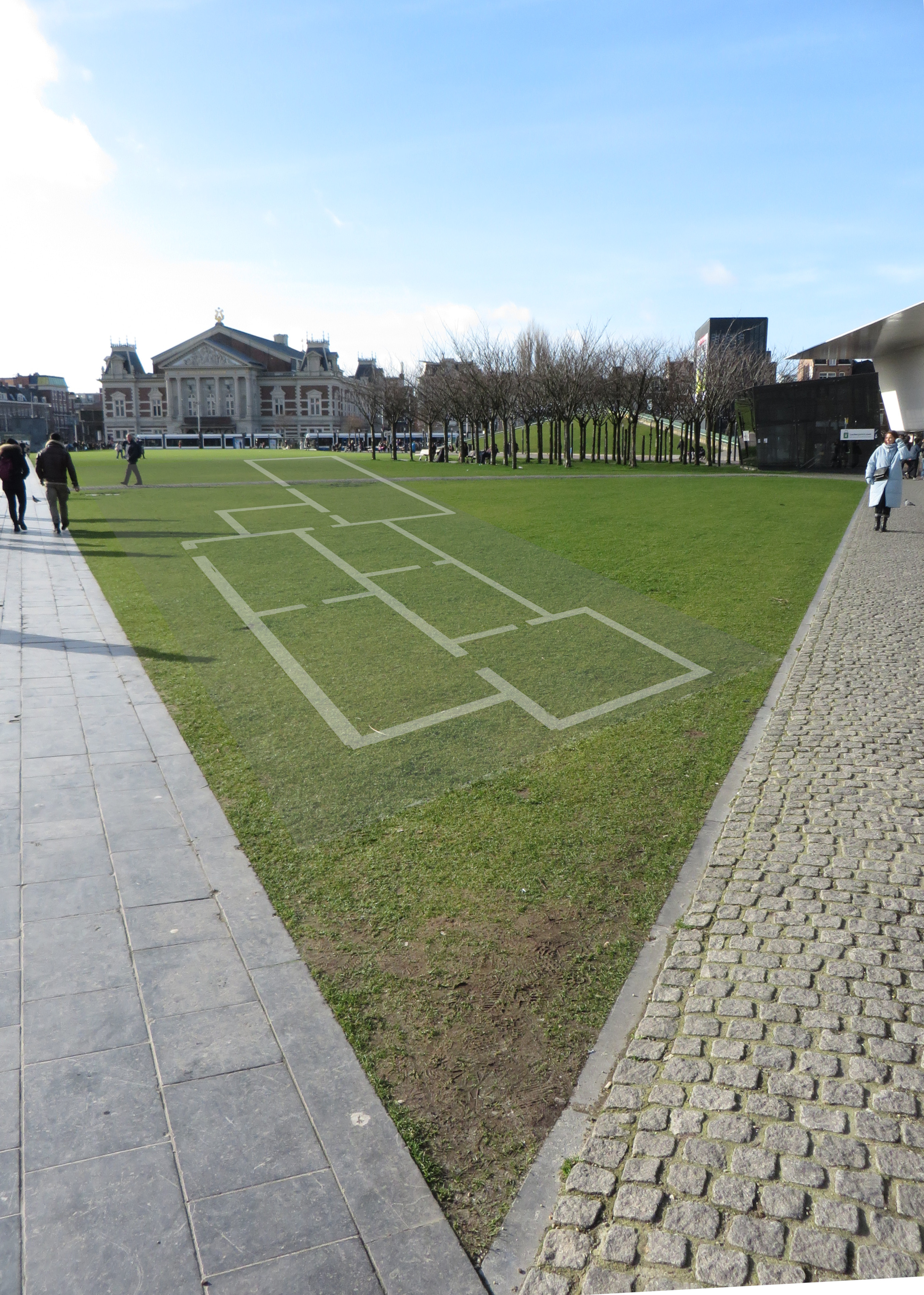 Based on the floorplan the 3D version is being developed.
The location is on the Museumplein, opposite the Stedelijk Museum in Amsterdam.
Since it is a virtual museum, it can be experienced anywhere. 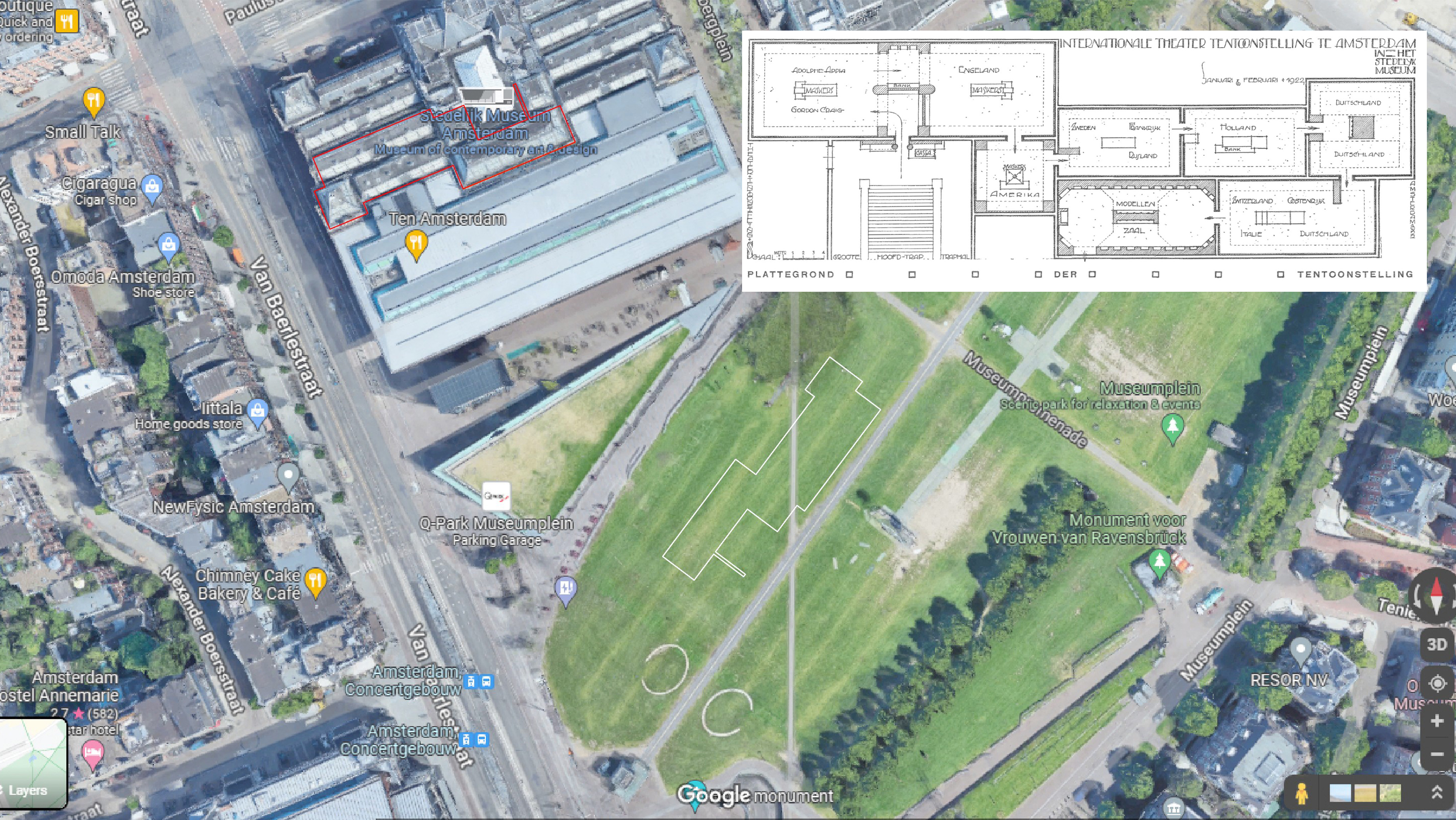 Transparant 'empty' walls waiting for the furnishing and placing of the artworks. 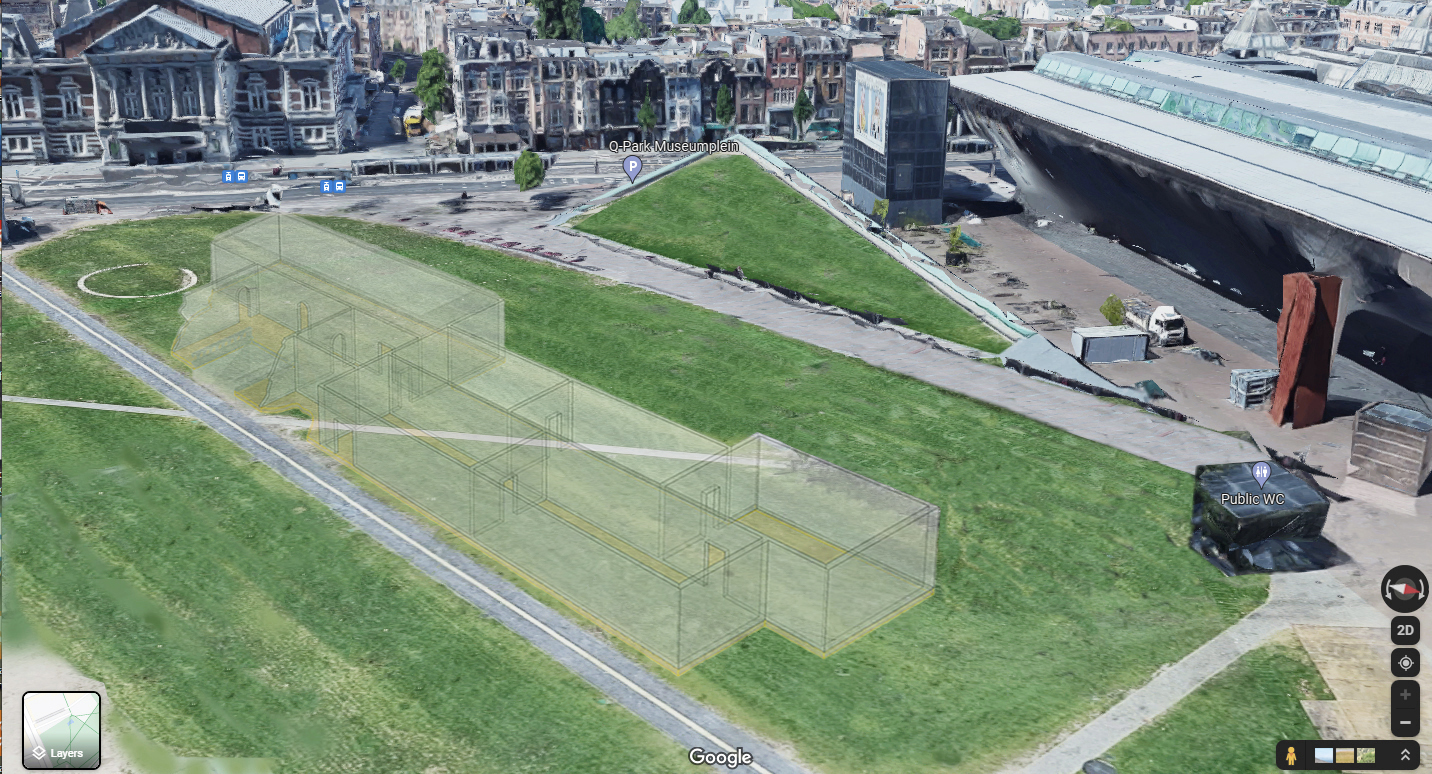 Compose the production team and communicate with partners

READ MORE about the project module as supporting feature of the DNA platform.

The virtual reconstruction of THE INTERNATIONAL THEATER EXHIBITION OF 1922 was initiated and orchestrated by the Department of Theater Studies at the University of Amsterdam.
Partners are the Allard Pierson Theater Collection of the 'Theater in the Netherlands' Foundation (TiN) and an International group of researchers and representatives of theater collections.

Researchers from the following countries are invited to be part of this project: Austria, France, Germany, Italy, United Kingdom, Sweden, The Netherlands, United States and the Russian Federation.

The project aims to create a virtual reconstruction of the International Theatre Exhibition of 1922 accompanied by a reflection on the design for theatre today and the future of scenography.

The exhibition offers a timeline starting in 1922.
The content will be supplemented up to the present day with scenographic works by the various important scenographers.

We will show the growing of the exhibition, the production process, production team, partners, and the proces of implementing Linked Open Data.

Finally the re-opening of the 1922 exhibition and the Timeline showing highlights of 100 years of theater design and architecture.